A barrier to more effective crime reduction knowledge progression has been thrown up by two criminology theories/approaches: Situational Crime Prevention (SCP) and Routine Activities Theory (RAT). The problem is caused by the policy oriented popularity of SCP and RAT that is likely due in no small part to their simplistic and easily comprehendible, compelling, yet ultimately illogical weird focus upon describing the data of crime in ever more complex ways so that simple truisms about the scenes of successfully completed crimes and failed attempts (crimes of attempting to commit a crime) are placed in the spotlight and presented as a root cause of crime. Felson's simplistic notion of opportunity is, in fact,merely the very data that a true testable theory of causation could explain. Click here to read my online article that explains why.

My explanation for why the RAT notion of opportunity (Ratortunity) is a mere truismmasquerading as causality is published in a peer reviewed essay (here).

A useful blog using the Wolf and the Three Little Pigs as an explanatory analogy can be read here. 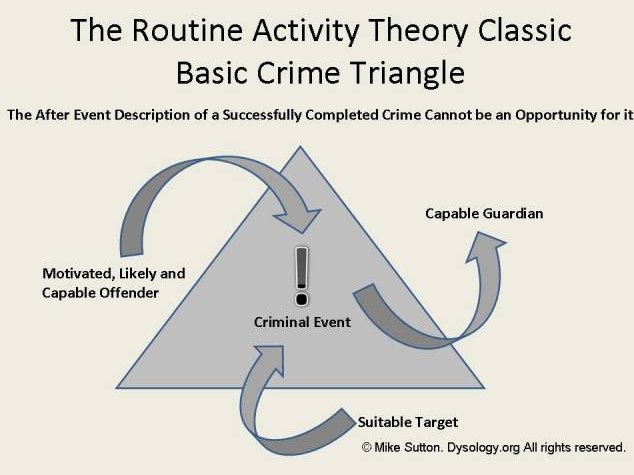 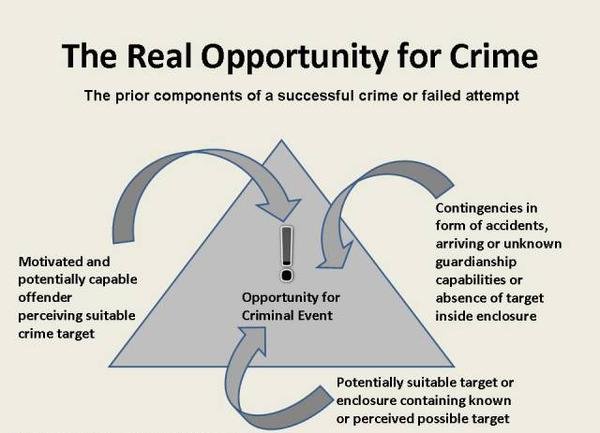 Where crime is concerned, a potential offender can have a pre-crime accident, get injured or otherwise thwarted during a criminal attempt. The capabilities of any guardian can never be fixed (known) in advance of a crime happening. Even the Little Piggy in the house made of sticks might have leaped out of his demolished home at the very last minute and poked the Big Bad Wolf in the eye with a broken twig. Check out the hundreds of newspaper stories of have-a-go heroes if you doubt this. My criticism along these lines is included by my colleague Roger Hopkins Burke 2014 within the pages of his excellent best-selling text book "Explaining Criminological Theory" - pp.69-70). Similarly, Critical Criminologists Jeff Ferrell, Keith Haywood and Jock Young provide criminologists with my no punches pulled criticism of what's wrong with RATortunity (Ferrell, Hayward and Young 2015, pp 69-70) in the second edition of their excellent book Cultural Criminology: An Invitation. Furthermore, as yet another editorially peer-reviewed and in-print source for those looking for scholarly sources to cite these ideas, my original explanation for why the RAT notion of opportunity (Ratortunity) is a mere truism masquerading as causality is published in a peer-reviewed essay in the Springer Encyclopedia of Criminology and Criminal Justice (here).